It has only occurred to me this year, that I struggle with anxiety. And it’s funny saying that, as I am studying Adult nursing in University.

Even though this is my first entry about my mental health journey, I hope you’re not reading it as a “oh poor me” kind of story, only that there may be others out there, like me that are struggling to ‘label’ how they are feeling. I not only will be writing about the daunting times, but also the hopeful and uplifting times.

I am currently in my final year of my nursing course in Kent, however I have been unfortunate to not have had a placement with mental health. Dealing with bad mental health that is. I have had family members and friends that have suffered from depression, bipolar disorder, anxiety. Even though I still didn’t understand fully what they were going through, I would never advise them on what they should do, but always offered to listen and show support.

When I had my first panic attack, I ironically did not know what was happening. Only that my heart was racing, my body felt like it was buzzing , I was crying uncontrollably and I felt very much afraid. I think I had at least five panic attacks in total, over the duration of one month, before a phone call with my mother telling me what was happening to me. Following another two panic attacks, I decided I really needed professional help. I felt okay with speaking to those close to me, however I personally didn’t know what to do with myself. I felt like I had lost control over my emotions and mind set.

I visited the GP with my fiancé and my doctor recommended for me to go on anti-depressants. Being told that just sounded strange to me. As though I was being told that I was failing in life and not being strong enough to handle everything. Not being the certain multi-tasked woman that I ‘should’ be. Right there and then I requested to go the natural route, with hoping to get CBT (cognitive behavioural therapy). With feeling like a failure I thought I’d feel more impressed with being able to handle my anxiety by myself, a skill of coping that I would be proud of. I was afraid to take medication in case I grew dependant upon it. Plus if ever I had to come off the medication due to another or from illness, I would have to deal with the consequences of withdrawal.
There were six CBT sessions, and it was from there that I learned a substantial amount of myself. Firstly; why I had anxiety? For me, I discovered that I have always had it, since childhood, partly with how I was brought up. For me, I needed some control over my life. One example I have is that I hate being late for transport. I am such an anxious traveller, and tend to take it out on whoever I am with. I find it very difficult to self-assess and to be self-aware. And am still learning to deal with that.

I have found that the scent, lavender, is my new best friend. When I smell aromatherapies such as that, I fell my body losing that tension and it feels automatic to breathe. It’s usually then and there that I realise how I’m feeling. Not always knowing why I am feeling the ways I do, but it still helps me to focus on the present and to be aware that I need to calm down, otherwise a panic attack is close by.

With lavender, I also add a few drops to my bath with lavender epsom salts which soothe the mind and body. Helping those aching muscles, as well as a good nights sleep. Or I will simply spray a few squirts onto a scarf and breathe it in while watching TV or listening to music. After an attack I tend to rely on relaxing smells.

I live by the ‘Calm’ app daily as well. I will either do my meditation alone at home on my bed lying down, in the bath or even when going for a stroll as there is a lot of options for walk type of mediation I want. I then will put on a sleep story at night, with someone like Steven Fry reading a lullaby.

“There’s just so much going on in my mind, sometimes I can’t keep up with what’s going on around me.” – Amanda Jade Briskar.

Hey, I'm a 29 year old, Irish Staff Nurse living in Newcastle in the UK. I'm currently learning coping mechanisms for anxiety, body dismorphia & learning more about myself when it comes to mental health as I have been diagnosed with Bipolar Disorder, anxiety & PTSD. I'm from the countryside so feel homesick for the wild grown fields & crashing waves back home. I hope to use this blog as a way of speaking out to those that understand the dilemmas and joys that I face every day. It can be a honest & respectful platform for anyone that just wants to chat & connect. View all posts by Michaela 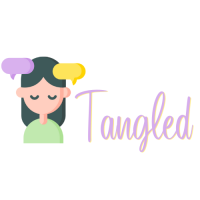 Diary of a Nurse

The World Through An Overthinker's Eyes!

When an introvert speaks

In a world where you can be anything, be yourself.

The Journey of a Curious Nursing Student

The Journey Of A Curious Nursing Student

Navigating Adulthood - One Obsessive Thought at a Time